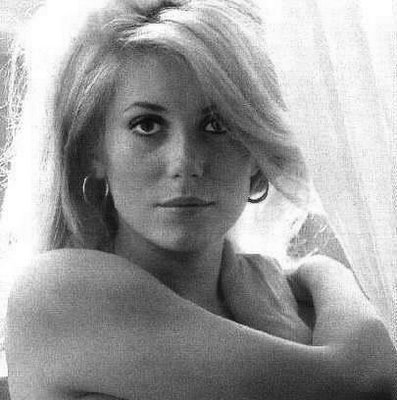 She starred in the first French movie I ever saw. I was a freshman at UW-Madison & went to see Belle du Jour at the Majestic Theater. The movie house was just off the square. I never forgot that movie or this woman. Read more about her here.

Here we have another person who changed my life. Jack Kerouac's book, On The Road, a book I somehow got a hold of in high school in far northern Wisco (yeah, yeah, trademarked by Elka). A lot of stuff was filtering north in those days - Ali fighting for all of us white boys in the north, Sartre's Nausea (this forced me to write a poem called Vomit, yes, I get it), & much more. This was all combined with a great pool hall run by Dante Bruno, a big guy transplanted from Hurley, WI. What a friend. Anyway, back to Jack. Even though he died a banal death, I love him & what he & the rest of the Beats did & are doing for America. I mailed off a bunch of his books to my best friend's son many years ago. My friend moved to sunny CA & his son decided to be a beach bum, it led him into some sort of marine environmentalism or something. Anyway, I never did hear what he thought of that box of odd books arriving at his house. Probably thought the last thing he needed was some old guy giving him any kind of advice. Good for him. Read more about Jack K. here. 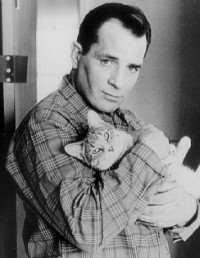