Call your father, I no longer can. Anyway, I'm down at The Twins & it's been exciting so far. Marigny showed her Dad how quick she's become by pulling a cup of coffee into both of their laps during breakfast at the French Meadow Bakery in Minneapolis. After Mom quickly pulled off Marigny's dress & ran into the bathroom while Dad got a cup full of ice, everything turned out fine. I told Dad that since it was his first Father's Day, the baby was just breaking him in for a lifetime of guilt & giving her whatever she wants or she will bring up this experience again & again & again.
The Son-in-Law still had a good day, since he received Reefer Madness, with a running commentary by MST3K's Mike Nelson. We watched it & it was great. So don't smoke marijuana if you're going to go insane & dance worse than Elaine. The Son-in-law also received a juggling instruction kit & the movie Hurricane on the Bayou. We're watching it right now & you should go buy it & go see it at your local IMAX theater.

So here's why the Son-in-Law is celebrating his first Father's Day, & proudly so, although Lucy did fall backwards just a few minutes ago & he insisted that The Kid get a working flashlight out & do that thing medics do with moving the light quickly at & away from her eyeballs. It doesn't appear that she has a concussion. Right now they are sleeping, so here are the pics of the objects of affection of a very proud Dad. 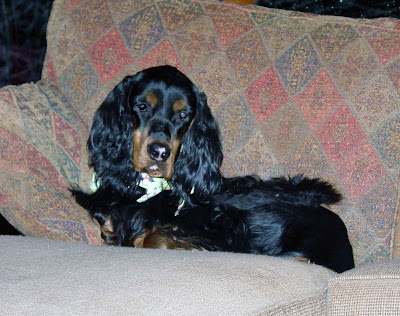 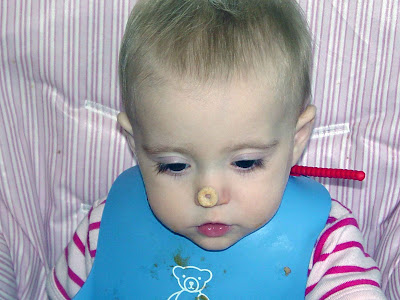 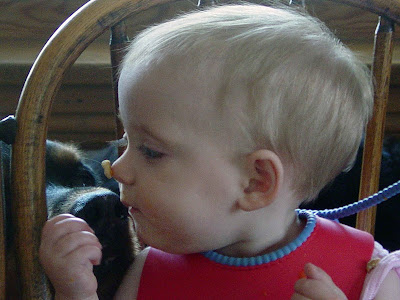 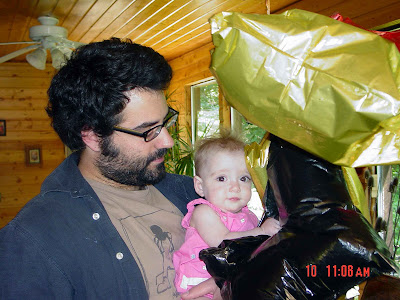 thanks for celebrating with us papa bear!