Things started out a bit nasty.  We had a snow/rain mix on the drive up to Washburn, Wisco.  This is a view of a street in Ashland, Wisco where we stopped to pick up a friend. 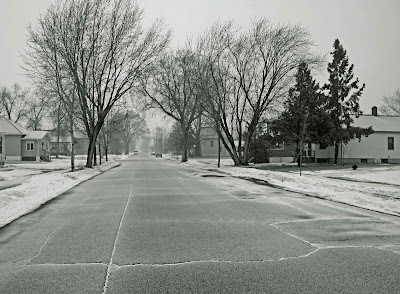 Here is the crowd, mid-afternoon.  I was beginning to get a tad worried about the numbers. 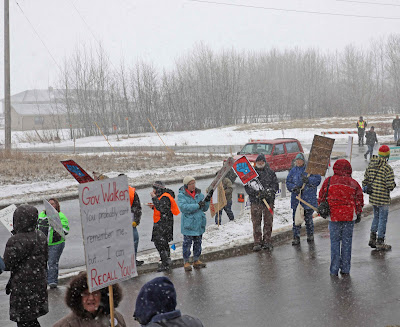 Mr. DePerry of the Red Cliff Band of Ashinabeg gives the crowd his view of what's happening - & he ends his talk with RECALL! 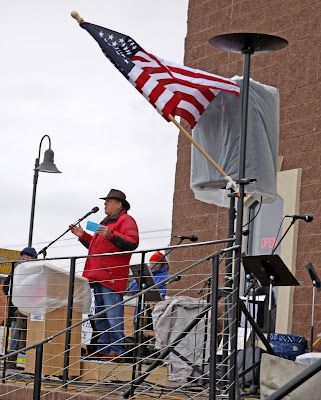 The crowd began to increase a little after 4 p.m. in the afternoon.  Plus, AJVB has a much better sign this week that he had a couple of weeks ago.  I had to PhotoShop the hell out of that photo so the Douchebaggery could be visible. 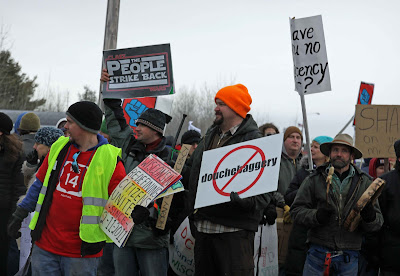 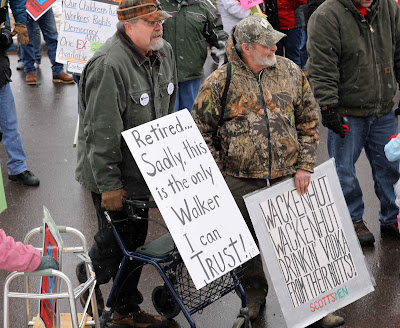 Mrs. coldH2Owi, a friend, & a brother-in-law in fine protesting shape. 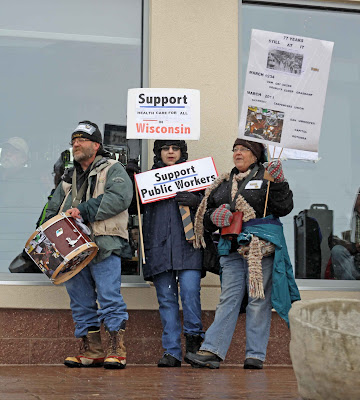 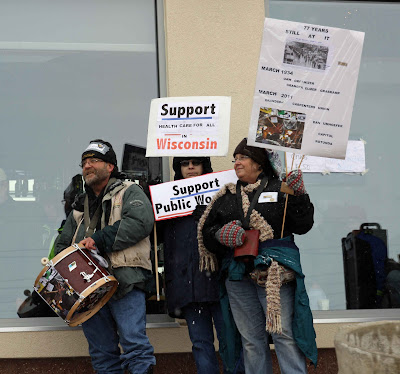 The brother-in-law decked out with his, actually his son's, drum. 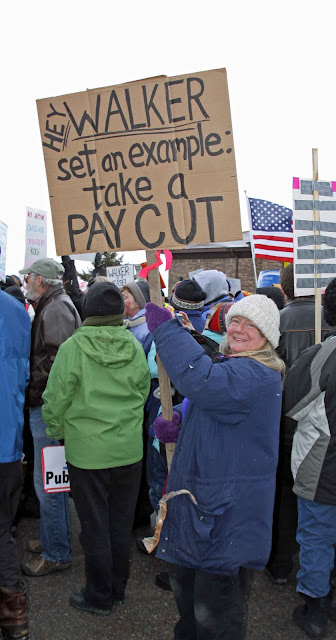 The crowd is building. 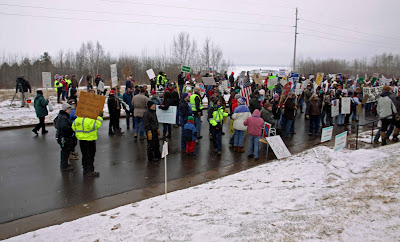 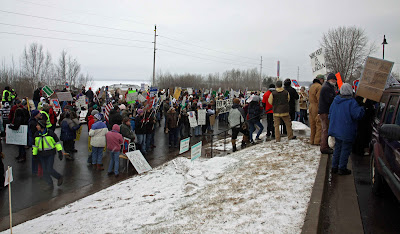 KM, a local IBEW worker supports the cause.  He & his wife, who was also there but the flag she was carrying kept flying in front of her face so I couldn't get a good picture.  I'm sure I will have another chance at that. 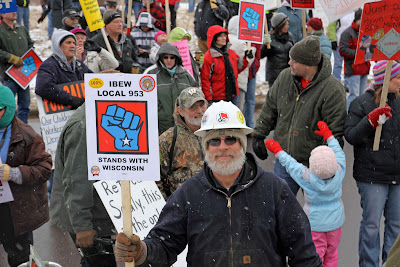 Another friend of Mrs. coldH2Owi with a couple of great signs. 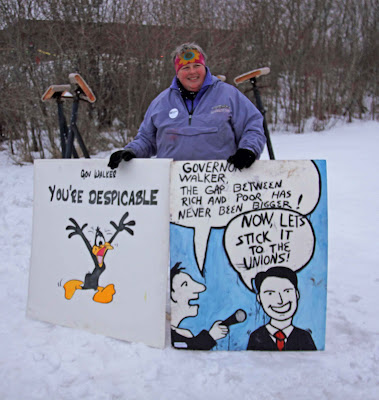 A fitting end to a great afternoon of protest, food, song, & a great pale ale.  Scott Walker had better begin to understand just how despised he has become.