My Friend Al Needs Your Help

That would be my friend Al Franken. As my loyal four readers know, I live in northern Wisco. So far north that before we invested (ooooo, a big word, usually identified with ReThugs, but, hell, I'm still happy about last Tuesday) in a satellite dish, the only news we received was from Duluth, aka MN. My friend Al is now in a knife fight with that asshat Norm Coleman (R-Stupidville). We all remember how the ReThugs stole the 2000 election in Florida. We also know how they stole the 2004 election in Ohio. Let's not let them steal another one in MN. I know that we're all in tough economic times, very tough, but if you have an extra fiver, send it by snail mail if you need to. Just click on the name Al Franken in the first sentence & it will take you to his donation page. I used to deplore the money aspect of politics, however, since I donated to my first cause, WWOZ, it has become a bit easier. It's not like I've pumped more money that we have into the system, but I have done the $5 to $50 donations to the politics of life, it's much easier to donate much more to a great radio station like WWOZ, an institution that does its share of political work just by being on the air & streaming themselves free to the world.
Good Guy, My Friend Al

The Only Good In This Pic Is The Joint, Which Is Being Wasted On An Asshat 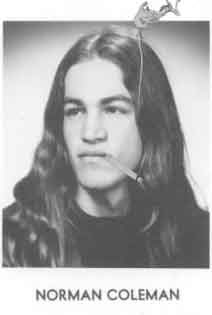 How about we round up all those crooked umps and refs, give each one $5 and send them to oversee the recount?