Enough To Go Around

Our rulers are all bastards. As mentioned here, the Democratic leadership enabled, really enabled, Bu$hCo's destruction of the Constitution. How can these sons-of-bitches sleep at night? This is why Democrats continue to lose, they really think they are ReThug Lite. I'm glad The Twins are visiting, or else this would be another version of The Lost Weekend. I mean, what else is there to do? 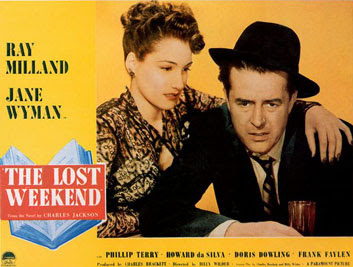 Among the techniques described, said two officials present, was waterboarding, a practice that years later would be condemned as torture by Democrats and some Republicans on Capitol Hill. But on that day, no objections were raised. Instead, at least two lawmakers in the room asked the CIA to push harder, two U.S. officials said.

This news really steamed me....

I'm mad enough to leave the party behind for good.

They don't represent us anymore and I'm sick and tired of their lame excuses....

If it hadn't been for the Pack, it would have been a lost weekend indeed.