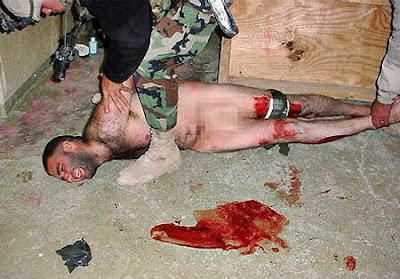 There is no longer the shadow of a doubt that the torture of prisoners was planned at the highest levels of the US government with the explicit knowledge and approval of the president. How do we know this? Bush himself admitted it.

Here is a report about Gen. Taguba, remember him? He investigated the "alleged" torture, yes, I used the scary quotation marks purposely. He also wrote up his findings. By doing his job, he became another casualty in Bu$hCo's vanity war.

...in this report the general says, “there is no longer any doubt that the current administration committed war crimes.”

Email ThisBlogThis!Share to TwitterShare to FacebookShare to Pinterest
Labels: Torture